One of the key ingredients to success in any venture is belief. If one does not believe that he can achieve something he’s exactly right!

After setting a goal you have to believe that you can achieve it. Doubt leads to defeat. I know first hand.

There have been times that I look back on and I know that doubt stood in my way of success. Times I fully believed in what I was doing with absolutely no doubt, I was successful.

Take competitive powerlifting for instance. Anytime I approached the platform with full belief that I would accomplish the lift I was going to attempt, it happened. I often wished there was a way to monitor belief and confidence. I knew the moment doubt set in the outcome was not going to go my way.

One time in particular stands out. I was in a bench press contest. I had trained hard! In fact, I had trained with one of the top powerlifters in the world, Phil Harrington. I was benching well over 500lbs in training and had successfully benched 500lbs at a meet, just a few months in advance.(with a tore tricep, just recovered from a 17lb weight loss from the flu)

This day would be different. Since I had reached 675lbs down to a 2-board in the gym and was tossing 500lbs around, Phil and I decided that I would open with 500lbs. We were planning to crack 550lbs. Things didn’t quite turn out as we planned.

For some reason, I had this huge cloud of doubt in my head. It crept in like a thief in the night! The doubt of cracking 550 kept me from even successfully benching my 500lb opener. Looking ahead at the “impossible” stood in the way of me even achieving the probable.

I failed! It wasn’t lack of ability. It wasn’t that I hadn’t prepared myself. Not a lack of strength or effort, but a lack of belief. That lack of belief caused me to “bomb out” of a contest. Devastating is the only word to describe it. I knew though. I felt the doubt glooming around me.

Lack of belief in something is a crippler. It will stop even the strongest of the strong. Belief is the greatest tool in a warrior’s arsenal.

Think back to David and Goliath. All David really had going for him was his belief. Nobody would have ever believed that David could slay Goliath, but David did. He never gave doubt a chance to enter his mind. He stood strong on his belief and brought the giant down.

It takes that kind of belief to attain any success. That goes for anything in life. It especially holds true for weight loss.

As a personal trainer, I “preach” belief all the time. When setting goals with people, if they say I can’t lose 30lbs in 12 weeks, I say you’re right. Why try? This makes people mad sometimes. They want to try. But if they don’t believe it will never happen.

In my own journey, I sat a goal to lose 100lbs in 5 months. A lot of people said that I was setting myself up for failure. Not me. I believed and I achieved!

Whatever it is in life, believe in yourself. If you don’t then you are wasting your time. The only thing that stands between those that achieve and those that don’t is belief. Anything is possible!

I believe that GetRight! can help anyone establish this belief system in themselves when it comes to weight loss. Take it from someone that has “Been There”, you have to “Believe to Achieve”.

The last ingredient to guarantee your success is perseverance. That’s it. See it through! “Don’t Stop Til You Get There.”

There are going to be obstacles. There will be days that you are not going to feel like working out. Maybe, you “binge out” on junk food one day. Times that you will feel like throwing your hands up and quitting. You might “fall off the wagon”.

You just ALWAYS have to remind yourself that every minute is a new minute. At any minute you can change the way that you look at anything and “get back on track”. Make your reason why stay bigger than any reason why not comes up.

I know I did. I felt like quitting a lot. At those times, I looked at some of the motivation I had in place. Remembered my commitment. Thought of how important my goals were to me and just saw it through.

You can too! The only people I have ever met that were not successful in their journeys were the ones that quit. Stay the course. Look at all you have accomplished and how far you have come. Don’t get overwhelmed by how for you have to go. Nobody can do it for you, but if you keep pushing and don’t quit; you will achieve your goals! 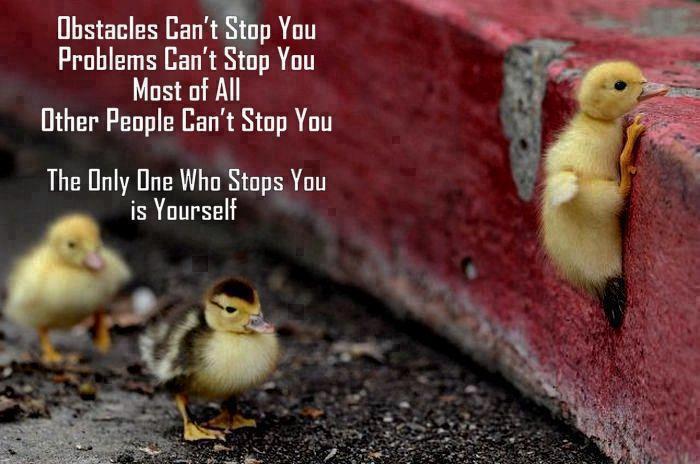 You have your goal set. The commitment to your goal has been made. A plan to get started is in place. Now, it’s time to execute. That’s the 4th ingredient: Execution.

It really doesn’t matter what your goal is, how committed you are to it, or what kind of plan you have made. Without execution, all that is void. Nothing mare than blown smoke. Thomas Edison said, “Vision without execution is hallucination.”

During the execution phase, you are going to have to remind yourself of your commitment from time-to-time. There are going to be days that you don’t “feel” like doing your cardio. Times that you will find yourself in situations of temptation with “wrong” foods. Moments like these are when you just focus on your plan and execute.

Again, sacrifices will have to be made. If your plan calls for cardio and/or weight training on a particular day; do it. Whatever your meal plan is; stick to it. Focus and execute your plan. If you “fall off the wagon”; jump right back on. 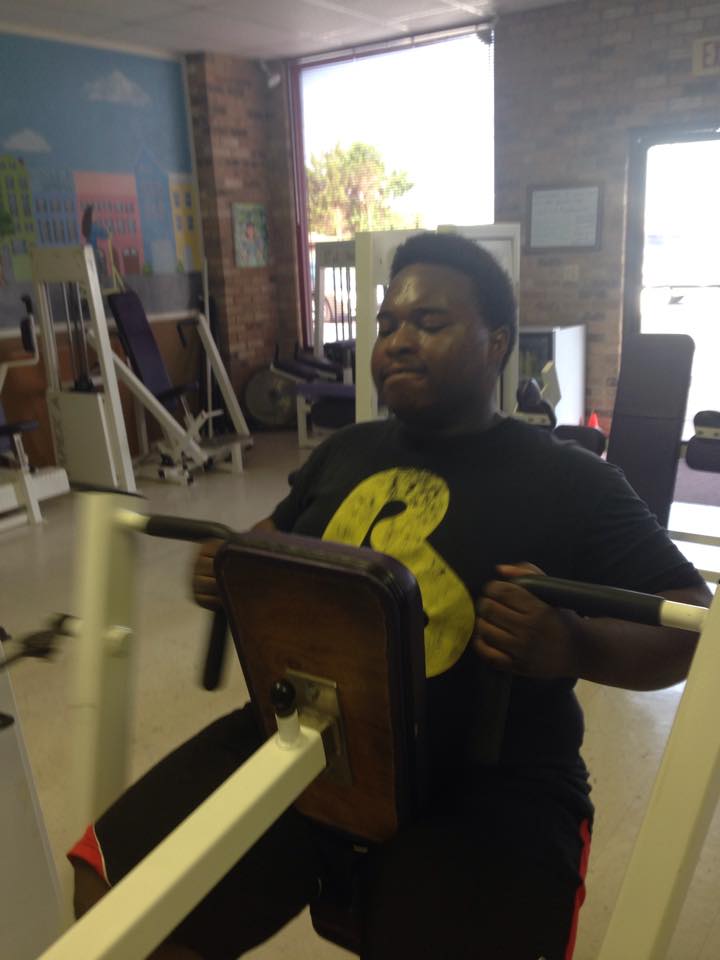 Now that you have created a goal with a deadline and made a commitment to it; what’s next? Well, you have to develop a plan to achieve that goal. Decide how it is that you are going to go about achieving that goal you are committed to.

Be real and honest with yourself about it. Don’t set yourself up for failure by saying you will do things that deep down; you know you won’t do. This is a time to decide what realistically will work for me?

Obviously, some changes in nutrition and exercise habits are going to have to take place. Are you really going to spend 2 hours in the gym every day and just eat grilled chicken and broccoli? Chances are that won’t last…

So be sensible when you are planning your track to your goal. Maybe even seek the assistance of a trainer or someone you know that has been successful losing a significant amount of weight.
Starting out for me, I knew the first thing I had to do was get moving. I felt like I could sustain a workout regimen that consisted of doing 30 minutes of cardio(mostly walking), a minimum of 6 times a week along with at least 3 days of some sort of strength training.

I also realized that my nutrition was so bad that I could start with some minimal changes and start to see results. Knowing that these changes would lead to better habits and develop into a much healthier nutrition program for me.

While developing my plan, I realized that I would have to make some sacrifices. Like everybody else, I had a full-time job, family and other responsibilities. I had to take a serious look at my schedule and factor in training times. If that meant missing a favorite TV show or getting up 30 minutes before everyone else to exercise; that’s just what I would have to do.

When planning, you essentially make an appointment to training times. You will also be planning your nutrition for the week. If you don’t plan these things odds are they won’t happen. If you don’t designate specific days and times that you are going to train and at least plan your meals out for the week, you will be setting yourself up for failure. Benjamin Franklin said it best, “If you fail to plan, you plan to fail.” 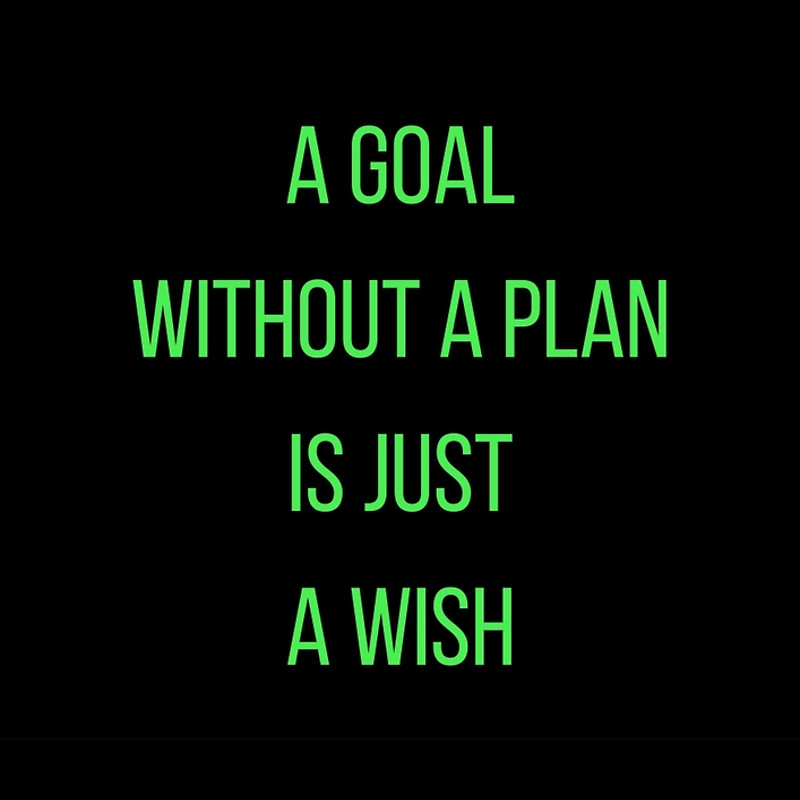 Now that you have set your goal, the next thing to do is make a commitment to that goal. Making this commitment means your goal will have top priority. It will help you to stay focused and do what needs to be done to achieve your goal.
Know that when you make this commitment, you have to take it seriously. There will be times that you are going to have to make sacrifices. You are going to have to choose what you should eat over things you may want to eat. Times that you will have to exercise when you don’t “feel” like it. Sacrifices are going to have to be made. You may need to get up a little earlier or stay up a little later. Maybe skip on a couple TV shows or workout on your lunch break. Know when you make this commitment that you are not signing up for something that is going to be easy. You are committing yourself to put in the effort and make some sacrifices to achieve something that will totally be worth it. You are making a promise to yourself to MAKE IT HAPPEN!

When one wants to lose weight, it can be incredibly frustrating. It’s something that is often talked/complained about. How many times a day do you say or think, “I need to lose some weight?” How many people do you hear say that on a daily basis?
I know I thought about it and talked about it all the time. It was when I decided to do something about it that my transformation happened. I lost 100 pounds in 6 months and have helped a lot of people achieve similar results by putting 5 ingredients to work.
The first ingredient is “Set A Goal”. You have to have a specific, realistic goal. Your goal must have a deadline. Saying “I need to lose 30 pounds” is not a goal. “I am going to lose 30 pounds in 90 days” is a goal. Without a specific goal, we tend to continue wondering around aimlessly, complaining about our current state, but not really doing anything to change it.

Write this goal down. Mark the dates on your calendar. Tell people what your goal is. Even share it on your social media. The more people that know about your goal the better.
Yes. There will be some people that will support and encourage you while others will try their best to convince you that it is not possible. Use all that to motivate you. The encouragement motivates by feeling like certain people genuinely care and are pulling for you. While those that tell you it’s impossible motivate you by making you want to prove them wrong.
Buy yourself an outfit that doesn’t fit, but will look great on you when you are at your desired weight. Put a picture of yourself on your fridge along with a picture of what you desire to look like at your goal weight. These types of things allow you to visualize your goal and make it even more real to you.
The importance of starting with a specific goal, can not be put into words. You have to have a goal in order to ever achieve the weight loss you seek. I strongly encourage you to set your goal today!